Communications (comms) are a vital part of any overlanding excursion and should not be overlooked. Here are 4 types of comms that you can choose from. Definitely use one, but best to have all 5 when you are really going off the grid.

Everyone will have a mobile phone, and despite their overall great coverage in urban areas, once you get out in the sticks the reception can get real spotty fast. You should definitely have your cell phone with you on any trip, but don’t expect to use it as a reliable form of communication with those at home or fellow drivers in your caravan.

All of the major cell phone carriers will have varying levels of coverage depending on where you are, but if you go with AT&T, Verizon, T-Mobile, or Sprint, you probably have the best coverage you can get.

Charging cables are necessary to keep your cell phone battery topped off, but if you get stuck somewhere you don’t want to just rely on the power of your car battery to keep your electronics charged up.

You can buy yourself a few more hours or days with a power bank. The small ones can get you a few charges, but investing in a larger power bank like the Goal Zero Yeti 400 is a solid choice. What’s great about the Goal Zero is that it can be refilled with power using a solar panel, so it is a true stand alone power source. It can also charge laptops, run lights, and any other AC or DC powered devices.

CBs are the old-standby for radio communication and still widely used. Which is both good and bad. It’s good that so many people use them because it’s likely if you need help and are within range of a major freeway or city, that someone will be scanning the emergency channels or using their CB.

The bad news is that so many people use them. There can be a lot of chatter in certain areas and bleedover in conversations, making it difficult to find an open channel. CBs are also unregulated and the chance to overhear unsavory conversations or adult language is high.

There is no license needed to use a CB radio. We recommend traveling with a CB for backup but not to use them as a main communication source.

We like this model from Cobra which can be used as a handheld or attached to a car mount antenna.

These two types of radios are ideal for keeping in touch with someone else in your caravan or while hiking or camping.

Let’s start with FRS which stands for Family Radio Service. You won’t get nearly as much interference as you would from a CB and they don’t require a license to use. They are best suited for hand-held walkie-talkie applications and most commonly seen used in family and child applications. Using an FRS radio at Disneyland or other theme park is a perfect use case scenario.

GMRS which stands for General Mobile Radio Service. These radios are very similar to FRS, but have a bit more power and an expanded range of 1 to 2 miles for handheld and up to 5 miles for mobile units with larger antennas. The FCC requires that a license be acquired for operating these radios but it’s a very basic process.

Overlanders and camping enthusiasts should strongly consider a set of GMRS radios for everyday use.

Midland is our go-to for GMRS radios. We take these 50-channel Midland GMRS radios with us everywhere.

For those who take comms seriously, getting licensed to use a Ham radio is a great investment.

Ham radios have a range of up to 100 miles or more, so it’s highly likely that you will be able to connect with someone in any type of emergency. Ham radios don’t suffer from the type of line-of-sight interference that the other radios can, so within larger convoys you can remain connected.

The Ham radio community is also a strong one that encourages education and you’ll find most people willing to assist you in learning about how to best use a Ham radio and which models to buy.

We’re in process of getting our license and are looking forward to joining this community and setting up Ham comms on our Land Cruiser.

This Baofeng ham radio is a popular choice among overlanders and off-roaders.

GPS communicators are the ultimate way to stay connected in case of an emergency. They are small and don’t require a license to use, but they do require a subscription to access the service.

Depending on what type of GPS communicator you buy and the level of service you have, you can access maps from anywhere and send text messages just like you would with a regular cell phone.

GPS comms also have emergency SOS buttons that can be helpful when things get really sideways. They serve as a beacon and can bring emergency services into remote places quickly.

We like the Garmin inReach Explorer+ the best and plan on doing an in-depth review of this model as well as the mini.

We can’t stress enough how important it is to bring some type of communication device with you besides a cell phone on any type of road trip, especially if you are going off-grid. 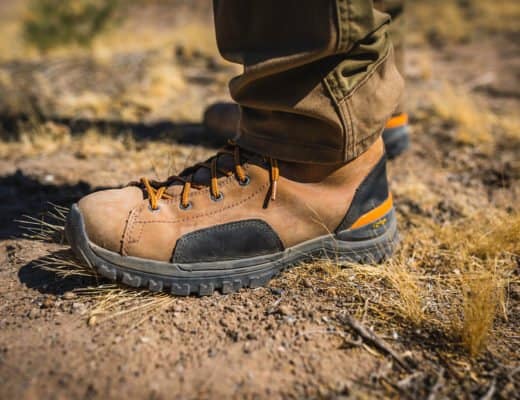 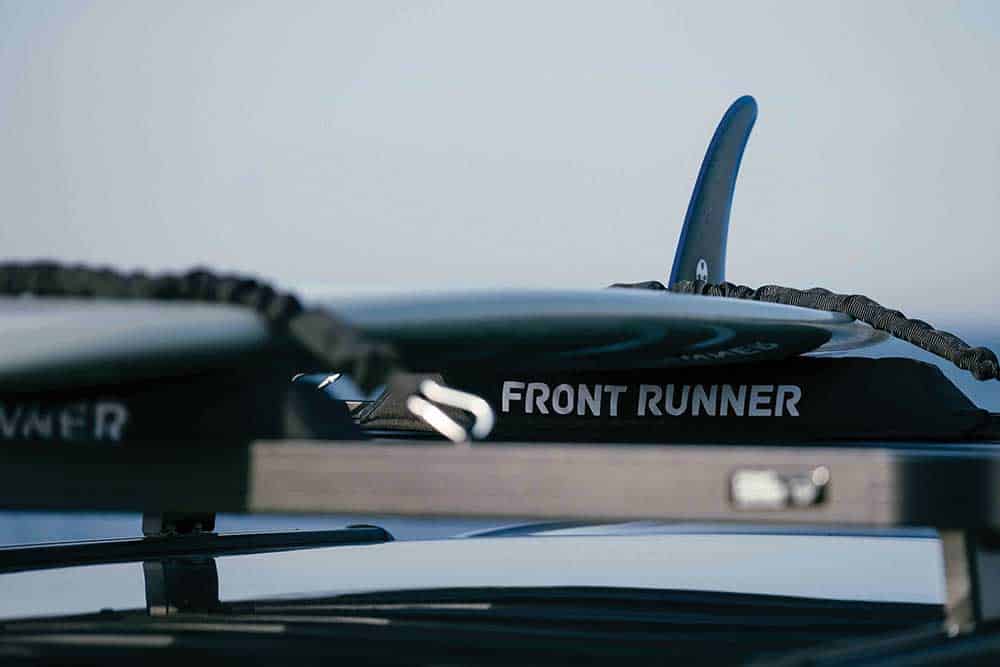 How To Choose Tie Down Straps 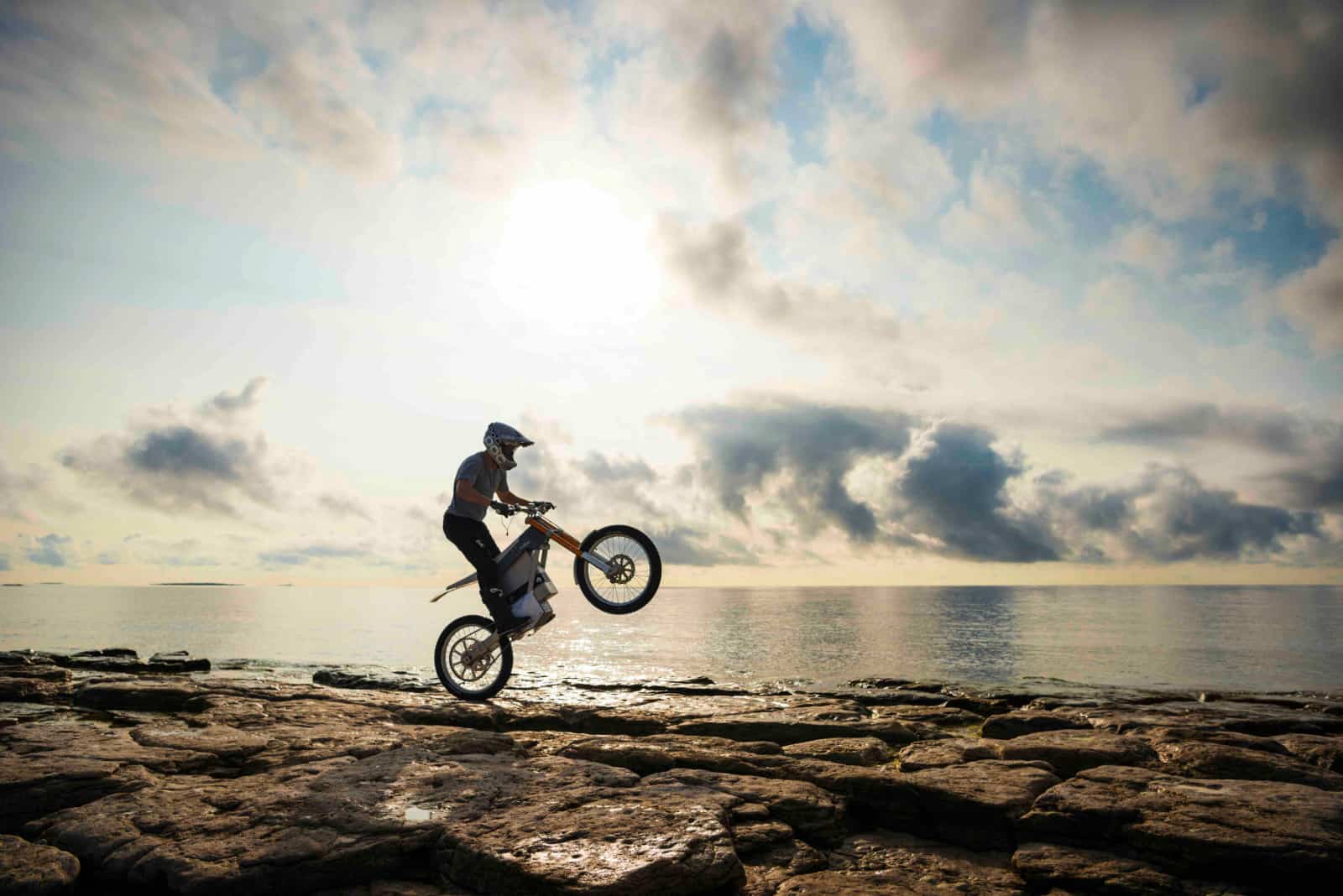 Cake Electric Motorcycles Are Guaranteed to Make You Smile