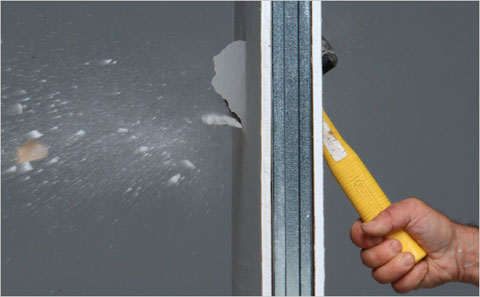 New York City apartment dwellers are facing a quandary. The city is aggressively going after landlords who allow temporary walls built that aren’t to code (most aren’t).
This problem stems from a fatal 2005 fire and the city’s drive to eliminate illegally installed temporary walls in Stuyvesant Town (building development in Manhattan).
Temporary walls must not interfere with air circulation or sprinkler systems. The rooms created must also meet a minimum size. These requirements are tough considering many of the temporary rooms are built by roommates seeking a bit of privacy and need to split the cost of a very small space because of the prohibitively high cost of living in New York.

The average one-bedroom in Manhattan is $2500 and it looks like more people will have to start paying the full bill or getting extra cozy with their roommates.
[via New York Times]
photo: Tony Cenicola/The New York Times