Adding Depth & Character With Wallpaper On The Ceiling

I know, I know, I have a thing for putting weird stuff on the ceiling — which is why I was SO EXCITED to see a link pop up in my Twitter stream about someone actually doing what I’d previously thought about.
Money Hunters on the DIY Network apparently had an episode recently where a woman wanted her utility room to be transformed for her laundry room and her husband’s beer brewing room (I personally wouldn’t mix those two together, but to each their own). Anyway, part of the solution for the decor was to use Graham and Brown’s Victorian Wall Doctor wallpaper ON THE CEILING to look like tin tile. You know, like I talked about here, here and here. I couldn’t believe it, so I clicked through the links to find the golden ticket — a tutorial on how to hang wallpaper on your ceiling.

I was incredibly relieved to find out they consider the project easy to moderate, and they say it should take only half a day. The cost they listed at $50-$100, which I’m sure varies on the size of the room you’re trying to wallpaper. I’m also pretty sure it’s a two-person project, especially when one of the people may or may not be growing a second person inside of them. If you’re curious and would also like to know how to hang wallpaper on your ceiling, here’s the link.
Now that I have the reassurance that it is an easy and inexpensive project, I have even more of an itch to order me some wallpaper. Of course, the Wall Doctor paper is paintable, and that would probably be on my list of to-do’s for a project like this anyway, so I’d expect to spend more time on it than half a day.
What do you think of this project? Would you wallpaper your ceiling? Let us know in the comments!
Photo: DIY Network 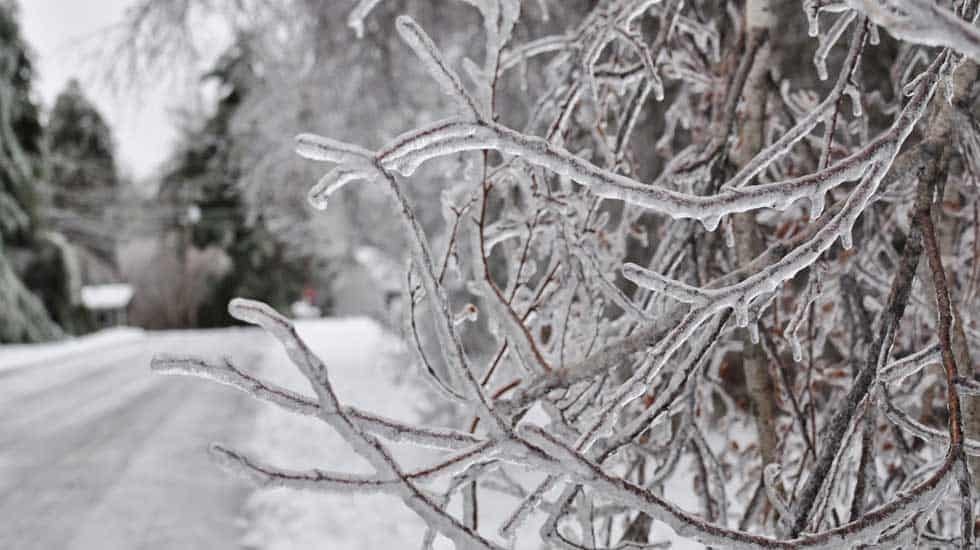 How To Protect Your Home During An Ice Storm

Why You Should Buy A Weatherproofing Kit