How To Install a Light Dimmer Switch 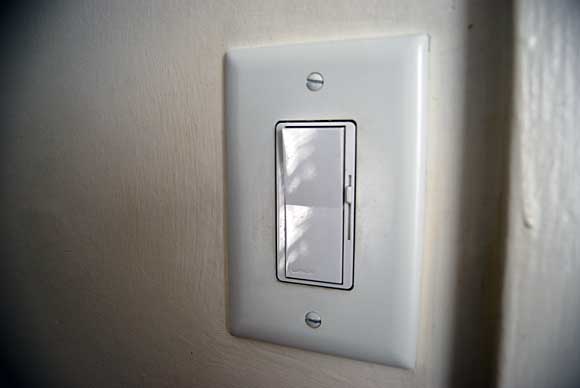 When your lights are controlled by a dimmer switch, they utilize less electricity when you have dimmed the lights. In the long term, this will reduce your consumption of electricity which in turn lowers your electric bill.
Changing out your old light switch is a quick and easy task that most anyone can do. If you follow all of the steps below (especially step 1) we can guarantee you a clean and painless installation. A variety of light dimmers can be purchased at your local hardware store. They range in price from – or more. Be sure to read the instructions below before you buy one so that you make the right choice.
STEP 1: Locate and turn off the Fuse or Circuit Breaker that controls electricity to the light switch you are changing out.
If the fuse or breaker is not labeled, you can locate the proper fuse/breaker by turning the light switch on and flipping each fuse/breaker off and then on again, one at a time. When the light controlled by the switch you are replacing goes off, you have found the right one. Leave that fuse/breaker turned off and make sure the rest are turned on. *tip, if you tripped a few breakers before locating the appropriate one, be sure to check if your alarm clock needs to be reprogrammed.
STEP 2: Remove the wall plate and pull the switch from wall.
Unscrew the two small screws holding the cover plate to the wall and remove the plate. Next, remove the screws that hold the switch to the electrical box in the wall. Gently pull the switch out of the box so that you have access to the terminals on the switch and the wires in the wall.

STEP 3: Determine your switch type.
This step is very important. You need to take note of how the switch you are removing is wired, in order to correctly install the new one. The wiring will be either a single pole configuration or a 3-way configuration. A 3-way configuration is used when more than one switch is used to control the same light source. Even if your light source is controlled by a solitary switch (more common) you should still check the wiring configuration.
A single pole switch will have two insulated wires connected to two screws of the same color and should be replaced with a single pole dimmer.
A 3-way switch will have three insulated wires connected to three screws. One of these wires is connected to a screw of a different color or labeled COMMON. Label the wire in order to identify it when wiring the new switch. Replace with a 3-WAY dimmer.
STEP 4: Remove the wires from the switch in the wall.
Simply unscrew the terminals and remove the wires.
STEP 5: Wire in your new dimmer.
Connect the green ground wire (fig. 1 a.) to the green wire in the wall box or to the grounding screw inside the box. Next, connect one of the black wires on the dimmer to either of the wires you removed from the switch. Connect the other black wire on the dimmer to the remaining wire you removed from the switch. If you are installing a 3-way dimmer, attach the black dimmer wire to the wire you labeled, and attach the red wires as described above for the single pole installation.
STEP 6: Attach dimmer to wall and install cover plate.
Make sure that all the wires in the wall are taped and or covered with wire nuts (provided with dimmer). If any wires are left exposed, it will likely cause a short. Carefully tuck the wires inside the box so there is room for the dimmer. Screw the dimmer to the wall box. After the dimmer is screwed in place, attach the cover plate.
STEP 7: Turn power back on.
Go back to your apartment’s electrical source and turn the breaker/fuse back on. If you don’t smell smoke, your new dimmer is ready for use!
Now that your home is equipped with light dimmers, cook a romantic dinner for your beloved and set the proper mood by dimming the lights. 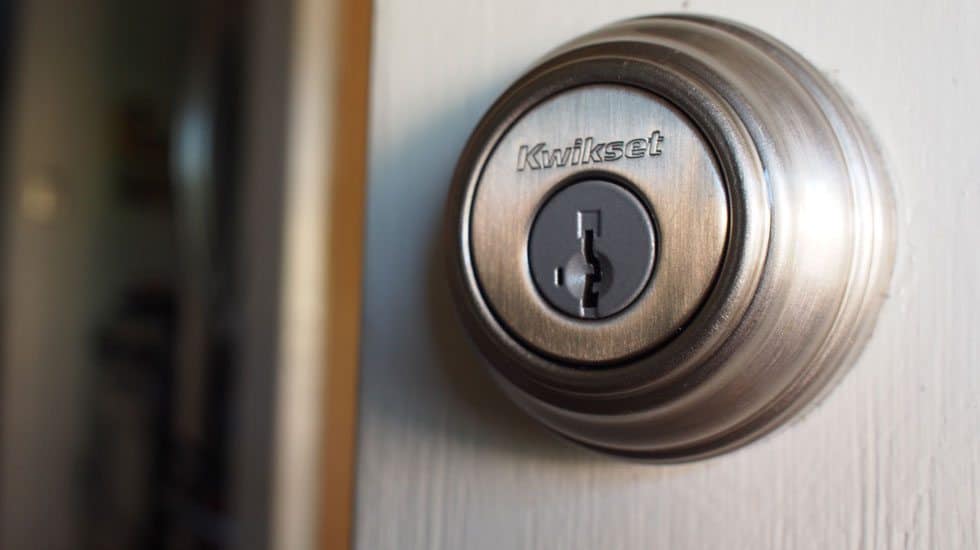 Double Down on Home Security with Double Cylinder Deadbolts

Our Favorite DIY Events of 2010