How To Transition Between Flooring Materials

Let’s say you want to use different types of flooring in two rooms, but you have a rather open floor plan and the transition is highly visible. Should you scrap the whole project or stick to one type of flooring? Heck, no — it’s all about the transition. 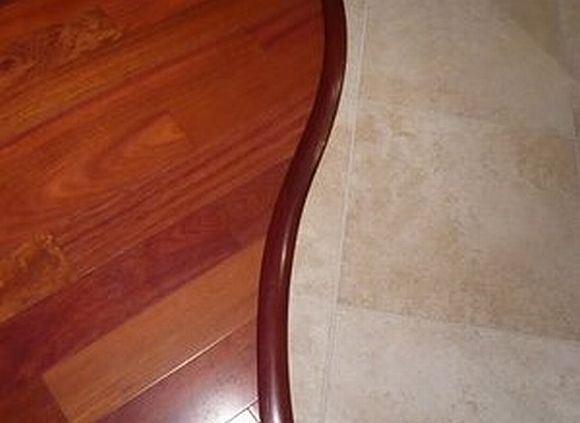 We were blown away after looking at the talented Paul Anater’s clever solution to a similar problem. During a redesign project, he encountered a 45-degree transition between two flooring materials: Brazilian cherry and tile. The easy thing to do, he writes, would have been “to run a 45-degree cherry threshold between the two rooms.”
But apparently Paul *hates* 45-degree angles in architecture, so a more sophisticated solution was needed. Before the flooring was installed, he drew an “S” curve to illustrate the transition.

The flooring guy was initially skeptical, but soon embraced the idea–and a gently curved strip of solid cherry was crafted and installed, creating a striking transition point in a highly visible area of the home.
The lesson? If you’re working with a similar problem area, go for the obvious. Have you ever seen someone wearing what you initially think is a crazy outfit, but they pull it off with such confidence that you’re soon admiring their fashion panache? It’s a similar concept with this sort of flooring transition. If you make it look obvious and like it’s meant to be a part of the room, no one will question your brilliant design instincts.
Have you encountered a similar transition dilemma in your own home? How did you solve it?
Photo courtesy of Paul Anater 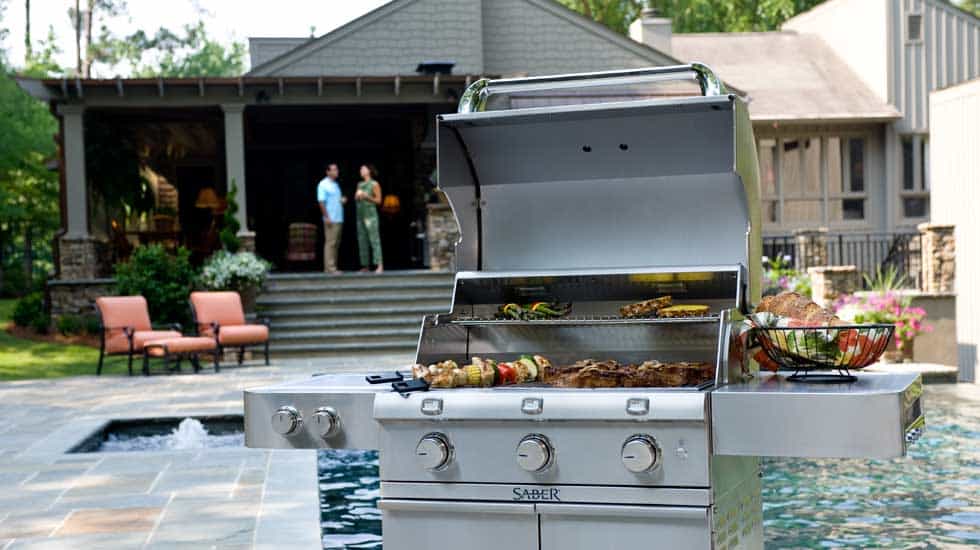 Move Over Kitchen: The Backyard is the New Heart of the Home 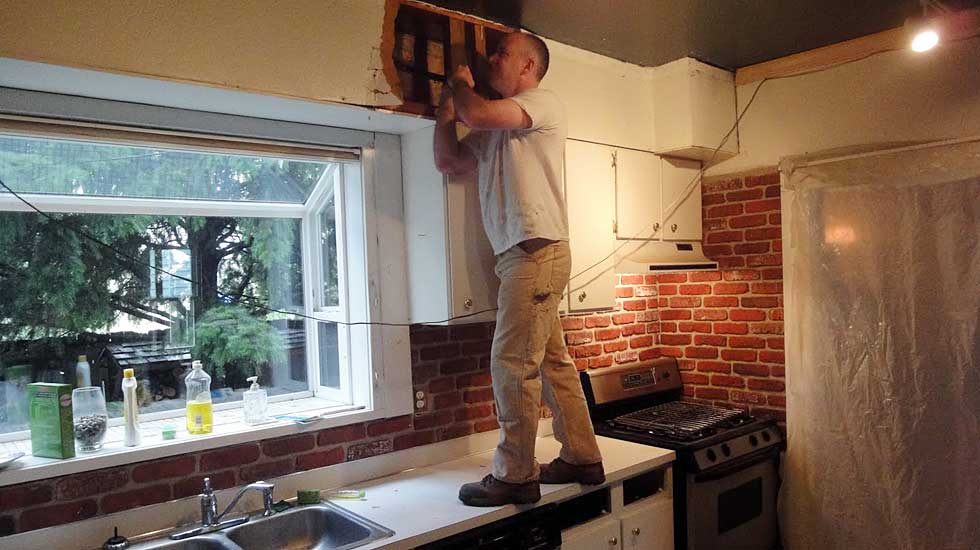