Let’s Hear It For The DIY Moms! 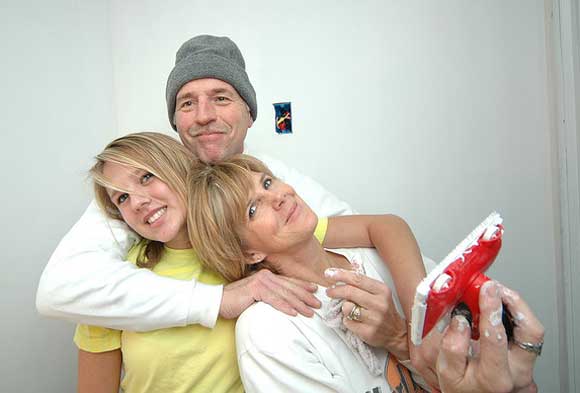 Recently we posted about DIY Dads and their declining numbers. While the article wanted to point out that today’s young men aren’t learning trade and fix-it skills from their dads as much as decades past, I think it’s only fair we talk about the opposite side of the spectrum.
Today’s women who DIY, and who learned it from their moms.
And I should know a bit about it, because not only has my mom been the one to show me the ropes around a set of tools, minor electric work, and instilled in me the drive to figure it out myself and try my best to make what I have work; but I’m also the main DIYer in my house, and I’m a mom. 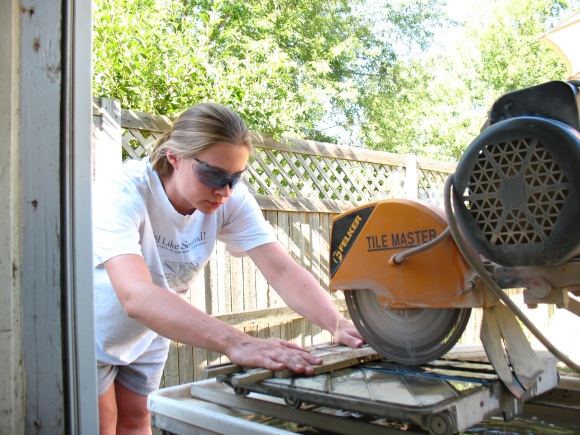 Not only are we innundated with images of fully capable women doing home improvement projects on channels like HGTV and DIY Network, but there are ever-growing numbers of websites that encourage the everyday woman to pick up a power tool and do-it-HERself. And you mustn’t forget that a great deal of tasks considered “womens’ work” from days gone by, such as cooking, sewing, knitting, decorating, quilting, etc are ALL great examples of today’s DIY projects.
In my case, the first time I ever held a tool — a crescent wrench, if you must know — was when my mom handed it to me as we worked on hanging can lights for my high school’s brand-new auditorium. It’s not that my dad wasn’t handy, because he was, but it was my mom who took the time out to show me how to use the tools, to encourage me to go ahead and try it myself, and who laughed and patted my arm when the first time near inevitably resulted in less-than-ideal outcomes.
And now, one of my greatest moments of pride as a DIY parent was when I was assembling an Ikea shelving unit for my son’s room and he, being a little over one year old, brought over his toy tool set and “helped” me put it together, without prompting, even pretending to brace a piece while I screwed in the necessary bits. He got that from watching me, and I encouraged him because that’s what you do as a parent, regardless of your gender.
So I think it’s important that while we question why there appears to be declining interest in DIY endeavors through the generations, I don’t think we should pin it on one parent or another, or even one gender or another. It comes down to discovering an interest in working with your hands and the materials available to you, and having someone help foster and mentor that interest in you, whether it be a parent, a teacher, a neighbor, anyone. You know the old saying — it takes a village to raise a child? Well, it takes a community to build things!
Who helped you with your DIY skills — was it a parent, a teacher, a Scout leader, a friend? Or who do you share your DIY passions with? Let us know in the comments so we can see what a community it takes to foster a love for all things DIY!
photo 1: ZachKlein
Photo 2: Micah Taylor

Transform Your Bathroom In One Weekend