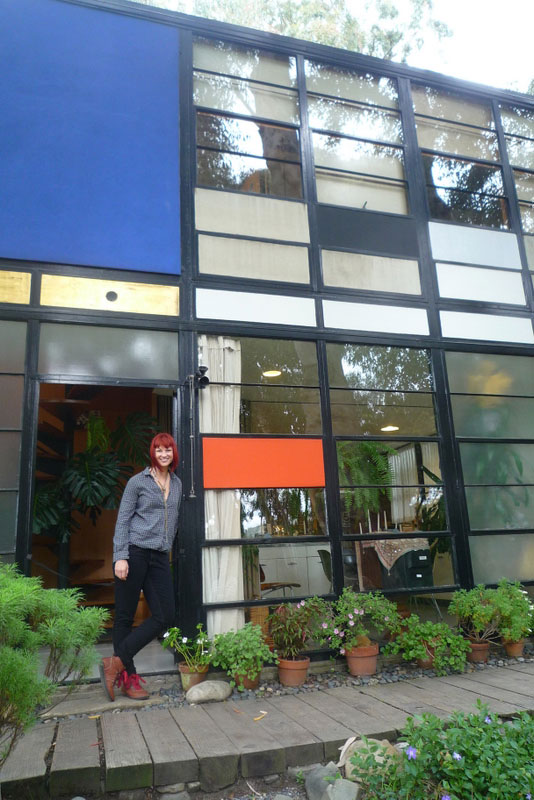 The Eames House is one of the hidden gems of Los Angeles and located just off the PCH in Pacific Palisades, California. Completed in 1949, some believe the Eames House has yet to be equaled in modern architecture. The design concept was also a precursor to the prefab home construction movement.
We took a field trip up the hill to visit this architectural landmark and loved everything about it. A little background about the house courtesy of the Eames Foundation.

The Eames House, Case Study House #8, was one of 25 homes built as part of The Case Study House Program. The program came into being in the mid-1940s and continued through the early 1960s, largely through the efforts of John Entenza, publisher of Arts and Architecture magazine. The magazine announced that it would be the clients for a series of architect-design homes to be built and furnished using materials and techniques derived from the experiences of the second World War and best suited to express man’s life in the modern world. Each home built would be for a real or hypothetical client taking into considerations their particular housing needs.
Charles and Ray proposed that the home they designed would be for a married couple who were basically apartment dwellers working in design and graphic arts, and who wanted a home that would make no demands for itself, but would, instead serve as a background for as Charles would say, “life in work” with nature as a “shock absorber.”
The first plan of their home, known as the Bridge House, was designed by Charles Eames and Eero Saarinen in 1945. Because it used off-the-shelf parts ordered from catalogues, and the war had caused a shortage in materials delivery, the steel did not arrive until late 1948. By then, Charles and Ray had “fallen in love with the meadow,” in Ray’s words, and felt that the site required a different solution.
Charles and Ray then posed themselves a new problem: How to build a house with maximized volume with the same elements and not destroy the meadow. Using the same off-the-shelf parts, but ordering one extra steel beam, Charles and Ray re-configured the House. It is this design which was built and remains today. 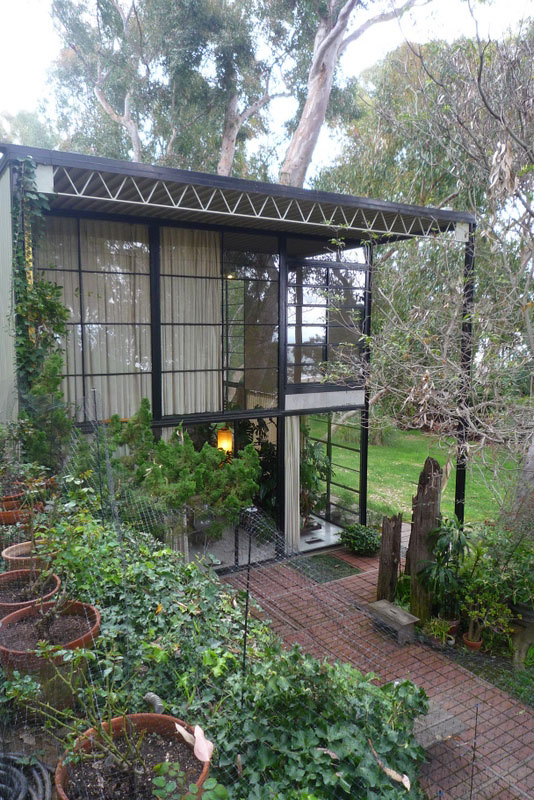 Charles and Ray moved into the House on Christmas Eve, 1949, and lived here for the rest of their lives. The interior, its objects and its collections remain very much the way they were in Charles and Ray’s lifetimes. The house they created offered them a space where work, play, life, and nature co-existed.
The House has now become something of an iconographic structure visited by people from around the world. The charm and appeal of the House is perhaps best explained in the words of Case Study House founder, John Entenza, who felt that the Eames House “represented an attempt to state an idea rather than a fixed architectural pattern.”

The house is located on a bluff overlooking the Pacific ocean and the Pacific Coast Highway (PCH). But it’s not a beach house. Next to the home is a spacious meadow that has simply been cleared of trees but any other landscaping is minimal.
The house itself is comprised of two-structures. One served as the work space and the other as the living space. The work space is still used by patrons of the Eames Foundation and the living space has been preserved as it was when they lived in it. 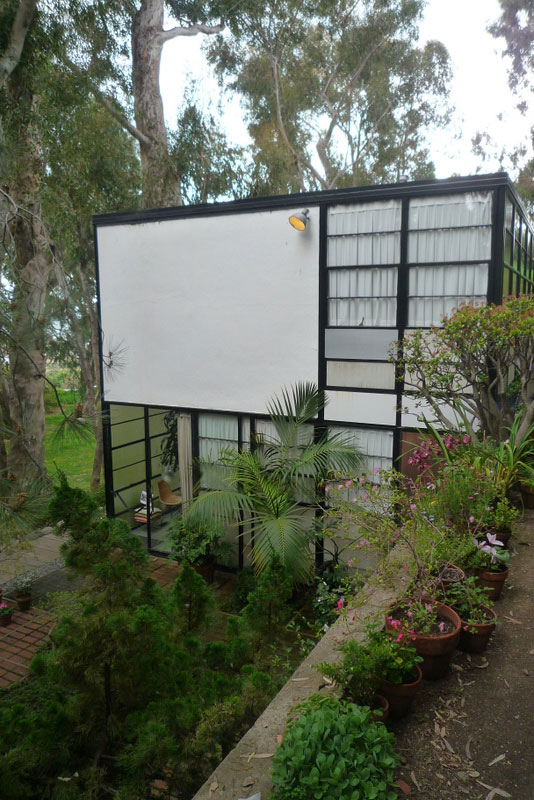 We felt at peace on this property and recommend any fan of modern architecture to visit the Eames House. It’s truly one of the first examples and a vision for modern day prefab homes.
The Eames Foundation offers self-guided exterior tours and once a year interior tours and for both you must make a reservation. Visit the Eames Foundation website for more information about the house. 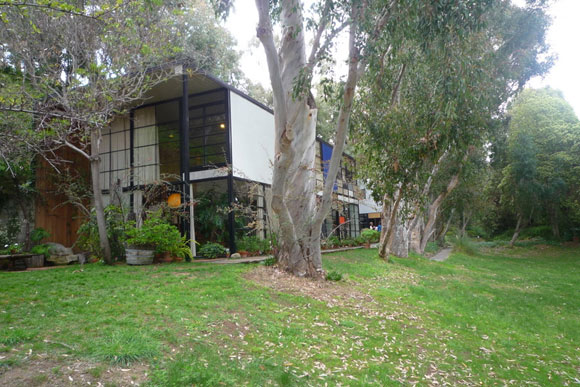 More photos from the Eames House

Ways To Use A Pressure Washer 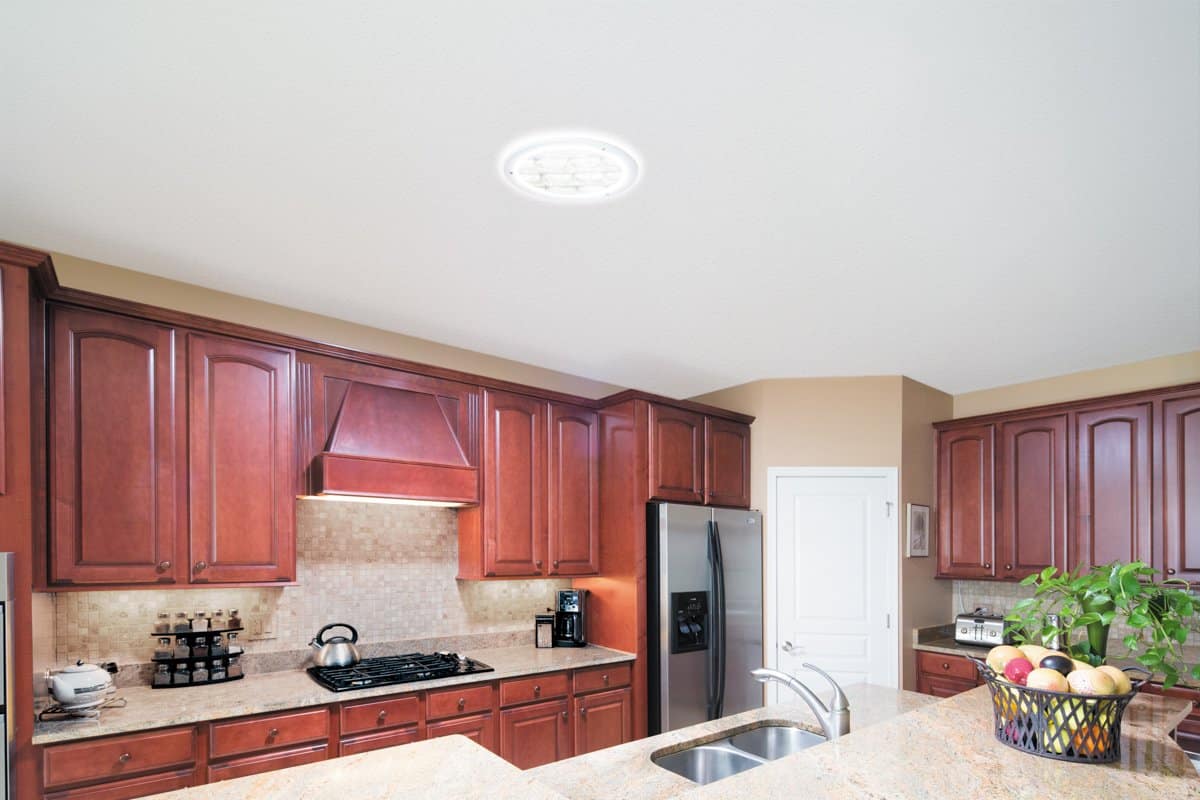 The Joy of Daylighting 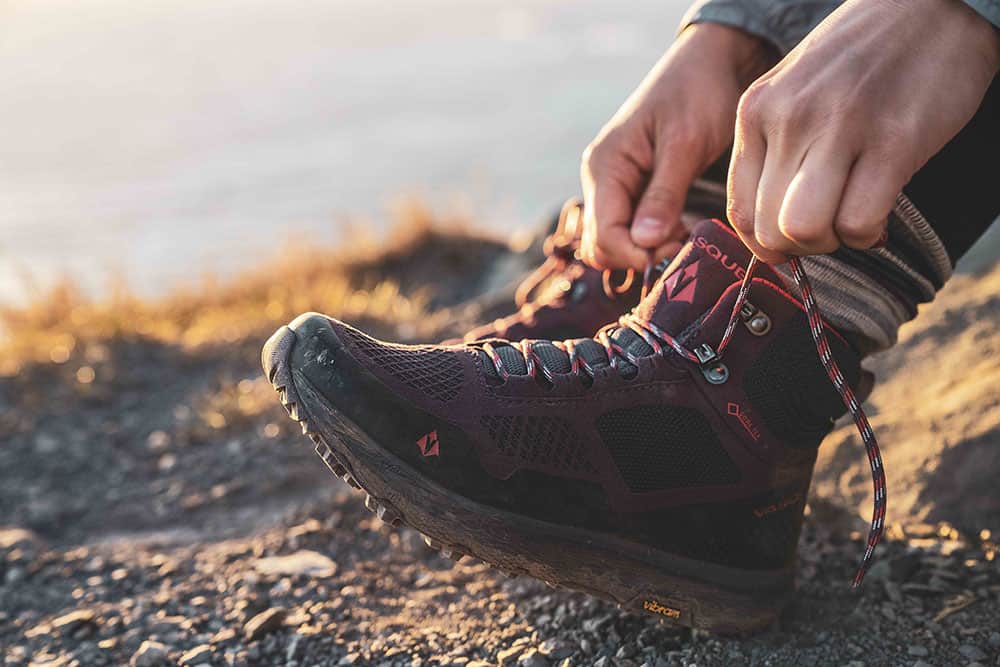 The New Vasque Breeze is Lighter and Waterproof