All American Handyman on HGTV 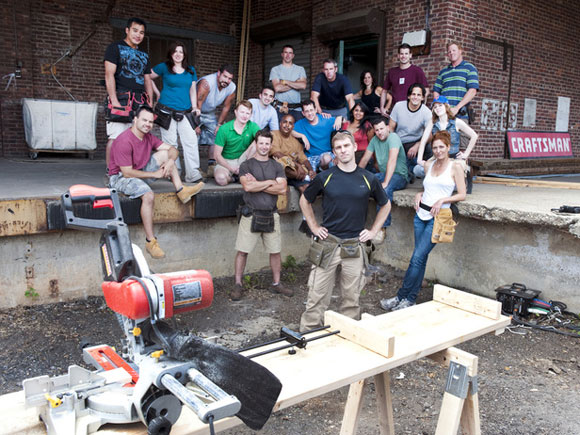 Tryouts are over and HGTV has selected 20 finalists to be their new show All American Handyman.
20 Americans from across the country have nailed the chance to be crowned the “handiest of them all” in the new HGTV series, All American Handyman, hosted by the talented Molly Culver.
The goal of the series: to find America’s best handyman (or handywoman), the one with real skill, integrity and the right stuff to impress the judges. To avoid elimination, contestants must showcase their abilities under the watchful gaze of HGTV’s celebrity judges Mike Holmes, Holmes on Homes and Scott McGillivray, Income Property plus a secret weekly judge.

All 20 contestants have proven they’ve got what it takes but only one will walk away with the coveted title of “All American Handyman,” a $10,000 Sears prize package and an HGTV development deal.
We’ll be following this show closely and hopefully track done a contestant or two and ask them about their experience on the show.
Premieres Sunday, September 5, 9/8c
All American Handyman on HGTV

Boost Your Home’s Curb Appeal With A New Garage Door

Donate Tools To Those In Need