An Urban Oasis Giveaway from HGTV 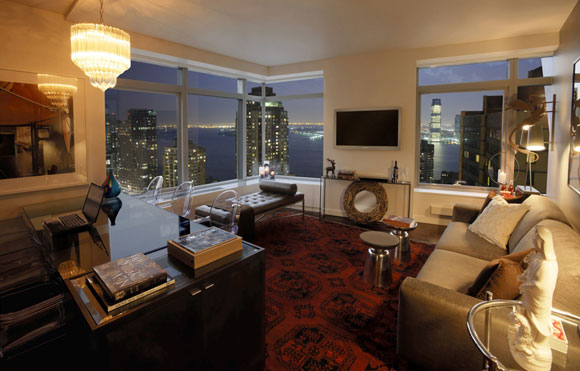 Living in New York City is amazing but unless you’ve got the big bucks you’re typically relegated to less than desirable apartments. But if you win this Urban Oasis from HGTV you can live like a King or Queen.
A new, contemporary residence with sweeping vistas of the New York City skyline awaits the winner of HGTV’s newest home giveaway, HGTV Urban Oasis 2010. Custom-designed by the network’s popular designer Vern Yip, the first HGTV Urban Oasis is located in The Residences at W New York-Downtown, 123 Washington Street.
Viewers can enter daily to win the grand prize package, valued at approximately $1.5 million, that includes the fully-furnished residence and an Acura ZDX. The sweepstakes entry period runs September 1-October 20, 2010.

Between now and Wednesday, October 20, fans can enter as often as they’d like by mail and online users can enter once per day via HGTV.com as well as once per day on HGTV’s FrontDoor.com.
Here’s a video of the home.

The Home Depot and Habitat for Humanity Green Build Together

How To Maximize A Small Bathroom