Bedbug Exterminators Come in All Types 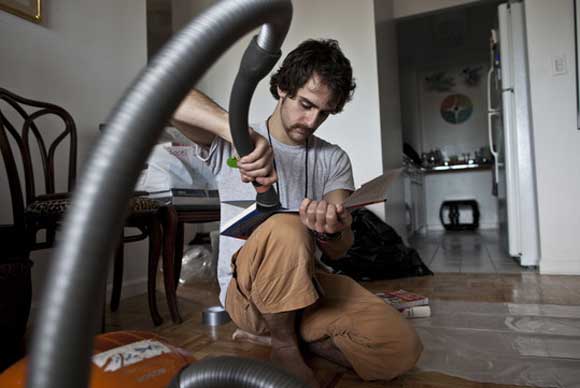 If you’ve had the unfortunate task of calling for a bedbug exterminator, the guy or gal that shows up at your door could be the next Jake Gyllenhaal or Anne Hathaway. An odd article from the Wall Street Journal identifies struggling actors as prime candidates to be bedbug exterminators.
The never ending supply of actors will always fill the void when work is to be done and this year the surge in reports of bedbugs and the need to exterminate them has been on the rise in NYC.

Some of these actors/bedbug exterminators feel they can hone their craft while speaking with clients and maintaining a sense of decorum as they know there are bedbugs to be spotted anywhere in the apartment.
Our question for bedbug exterminators is, do you change clothes and shower at work each day before heading home? Bedbugs can travel via clothes, bags, shoes. How can you be certain you aren’t bringing bedbugs into your own home. Not a pleasant thought.
[via Wall Street Journal]

Channel The Past With A Stenciled Staircase Makeover