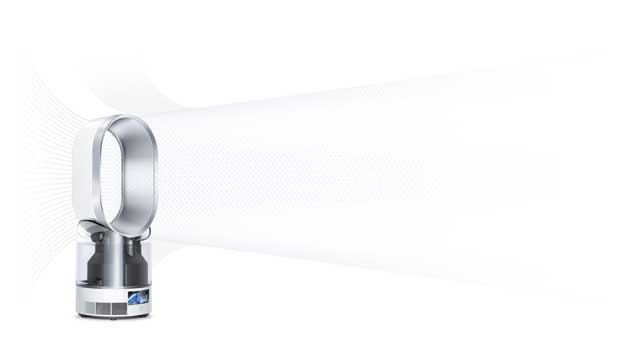 The Dyson Humidifier is the only humidifier with patented ultraviolet cleanse technology, killing 99.% of bacteria and projecting clean mist into the room, evenly and powerfully.

Why a humidifier?
The average person spends 90% of their time indoors. They breathe in and out 20,000 times each day, and draw over 3,000 gallons of air into their lungs. Dry air can lead to dry skin, itchiness, scratchy throats, nosebleeds and more, so people turn to humidifiers to cope. But existing humidifiers can be unhygienic – some don’t properly treat the water in the tank, allowing contaminated water to be spread about the room. Others don’t distribute mist evenly, leaving pockets of dry air. The Dyson humidifier uses patented ultraviolet cleanse technology that exposes every drop of water to an ultraviolet light – twice, killing 99.9% of bacteria before any mist is projected into the room. This, coupled with Air Multiplier™ technology, allows the machine to distribute the mist around the whole room evenly and efficiently. 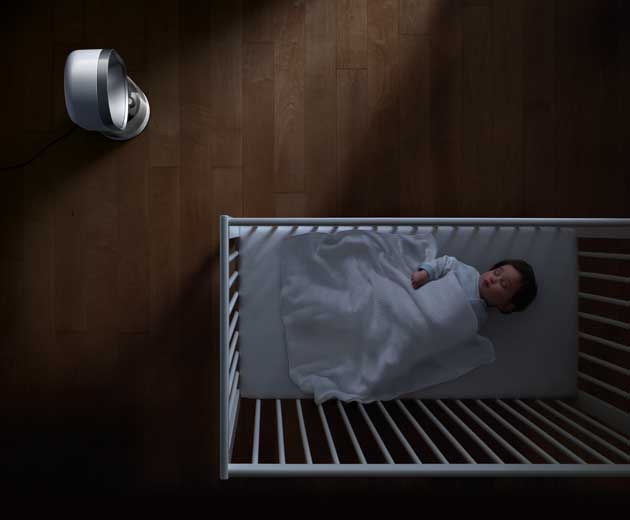 James Dyson says: “Humidifiers are sometimes seen as a way to combat allergies and the symptoms of colds and the flu – but in reality many can do quite the opposite. The majority are a breeding ground for nasty germs, which are then distributed around your home. Using patented UV light technology, the Dyson humidifier kills 99.9% of bacteria in the water before the machine is set to work.”

A piezoelectric transducer in the base of the machine, vibrating up to 1.7 million times a second, breaks the water down into microscopic particles, which are drawn up through the loop amplifier and projected through the air using Air Multiplier™ technology.

Using an Intelligent Climate Control, the Dyson humidifier is able to measure both the temperature and the moisture in the air. One press of the remote, and the machine will create a comfortable, hygienic environment. The machine runs for up to 18 hours on a single tank of water.

Availability: Fall 2015 (Pricing not yet available.)