How To Make a Halloween Spider That Scares Everyone 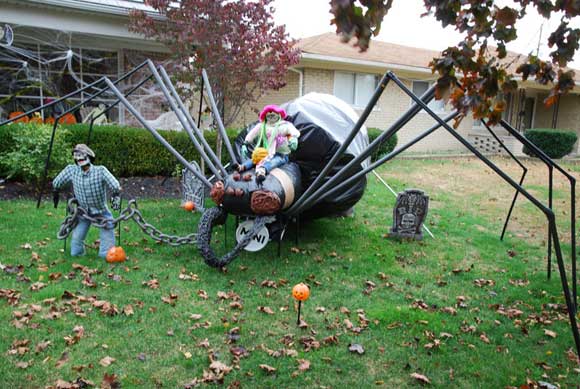 Visit any big box retailer and you’re likely to see no shortage of blow up monsters, ghosts, goblins and other creepy creatures for Halloween. But we were impressed by this massive-sized homemade monster of the eight-legged variety. Whether it is meant to evoke Shelob from The Lord of The Rings series, or is just meant to be a big spider, it has our attention.
Mini, as it appears to be named, showed up around the corner from this blogger’s house and remains a refreshing sight of true Halloween ingenuity. It was constructed (rather than hatched from an equally massive egg) in a single afternoon. 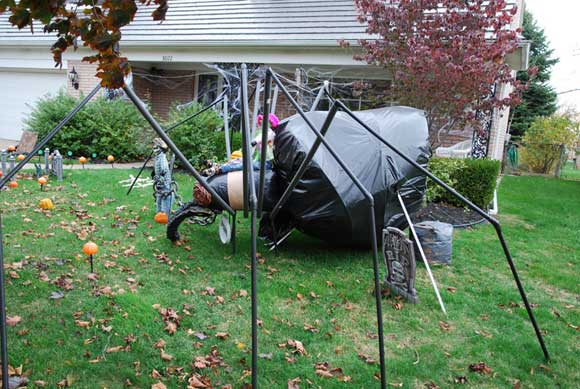 The creature creators used large sheets of plastic, cut from black garbage bags, which were wrapped around a metal wire frame to form the body and head. The legs are plastic tubes linked together, while the eyes and Cheliceral fang are molded from Styrofoam.
The spider is anchored to the ground, which is wise as the eight legs wouldn’t actually support this beast. It went up quickly, and provided the frame, eyes and fangs are stored away, Mini should easily make a return next year.

Build a Wooden Trellis for Cheap and Save That Vine

How to Explore Tide Pools (Responsibly)

Outdoor Living Made Easy with a Lowe’s Backyard Makeover