Oval Office Has A New Look 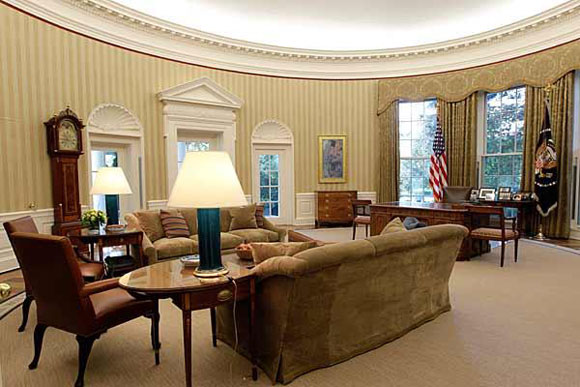 Who knew our President was such a designophile? The Oval Office has undergone an extreme makeover. Some of the updates include new carpeting, wallpaper and sofas. However, the resolute desk and painting of Washington over the fireplace stayed put.
Changes include:
* New and reupholstered furniture, new paint and wallpaper.
* New rug produced and donated by a Michigan-based business and paid for by the non-profit White House Historical Association through a contribution from the Presidential Inaugural Committee. (This fund is being used to pay for the design costs of numerous rooms at the White House including the Oval Office, Yellow Oval Room, Center Hall and West Sitting Hall.)
* The existing furniture in the Oval Office will remain the property of the White House and will be placed in a storage facility.
* Oval Office walls were covered with handmade striped wallpaper produced in Amagansett, N.Y. The trim around the Office was re-painted with American-made Benjamin Moore paint custom-mixed by Donald Kaufman Color.
* The new wheat, cream and blue colored oval-shaped rug is made of 25 percent recycled wool. The rug has the Presidential seal in the center and historical quotes of meaning to President Obama around the border. The rug was made and donated by the Scott Group, an American carpet manufacturer headquartered in Grand Rapids, Mich. The Scott Group previously made the Oval Office rug designed for former President Bill Clinton as well as rugs for the White House State Dining Room.

President Obama selected the following five historical quotes for the rug:
1. “The Only Thing We Have to Fear is Fear Itself,” President Franklin D. Roosevelt
2. “The Arc of the Moral Universe is Long, But it Bends Towards Justice,” Martin Luther King, Jr.
3. “Government of the People, By the People, For the People,” President Abraham Lincoln
4. “No Problem of Human Destiny is Beyond Human Beings,” President John F. Kennedy
5. “The Welfare of Each of Us is Dependent Fundamentally Upon the Welfare of All of Us,” President Theodore Roosevelt
Other highlights include:
* Armchairs: The two mahogany arm-chairs in front of the fireplace, previously used by President George W. Bush, were reupholstered with a caramel-colored leather.
* Desk Chair: The President’s brown leather desk chair was produced in New York.
* Coffee Table: The coffee table is made out of American walnut and mica by a New York company.
* Couches: The couches in the Oval Office were custom-made in New York. The fabric, a custom-made light brown cotton with red, white and blue threads running through it, was woven in Pennsylvania.
* Lamps: The two new table lamps have blue ceramic bases and were produced in New York.
The renovation was apparently similar to what other administrations have spent on redesigning the White House and it was funded from the money that was left over from Obama’s inaugural committee and given to the White House Historical Association, which paid the bills.
What do you think of the new digs? 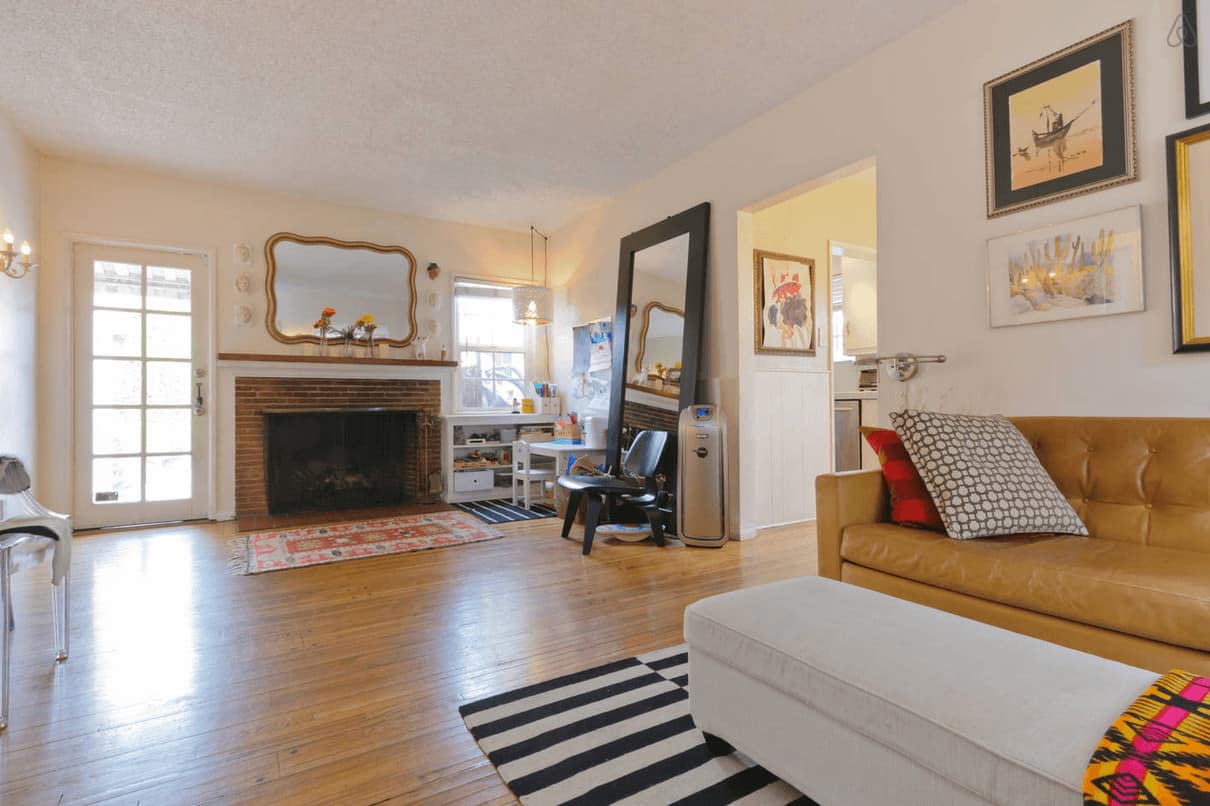