Build a Garage Workshop on a Budget 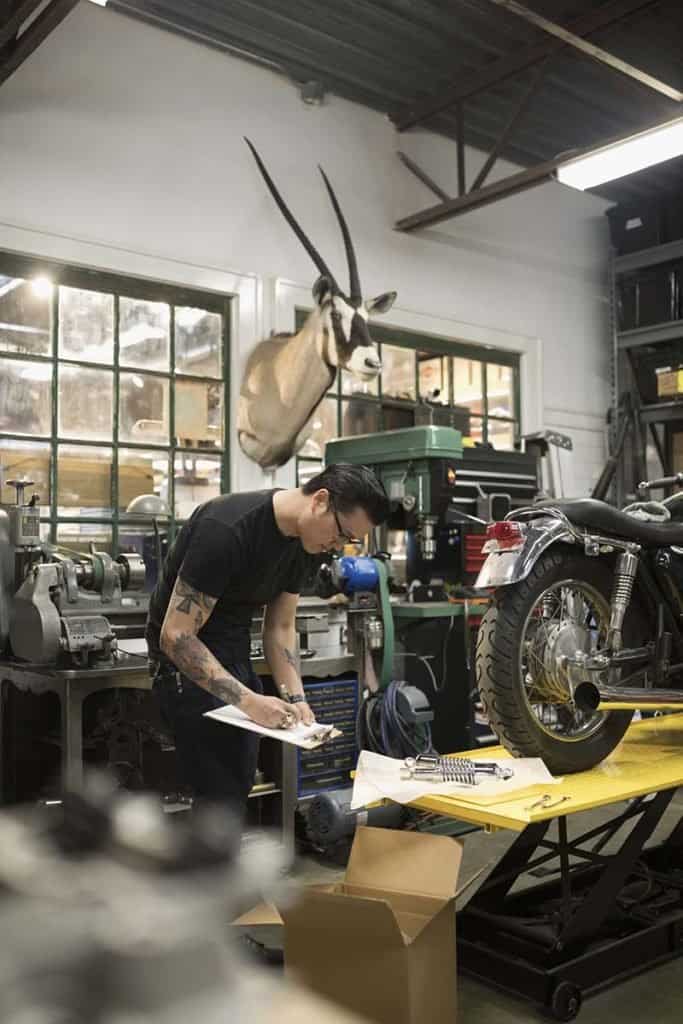 Being on a budget shouldn’t persuade you from building your dream garage workshop. You can still put together an awesome garage workshop, with gently used tools and storage equipment. Just be patient, stick to your budget, and hold out for quality products.

Here are some tips for building your garage workshop on a budget.

Craigslist’s free section is a gold mine. It’s often full of excess building supplies and neglected tools and workbenches. If you live in cold weather fishing area, wait until the end of winter and talk to some local ice-fishermen about their sink shanties; you’ll probably find at least one who’s willing to part with his aging shanty for the low, low price of “get it out of here before the ice melts.” One shanty will build one very good-sized workbench, typically 8’x4’, with a couple of shelves.

An old chest of drawers – yours or someone else’s – makes a good stand for your toolbox, and the drawers can hold the non-mobile tools. Older or cheaper chests will need to have the drawer-bottom shored up, or else your tools will fall into the drawer below, and the dropped bottom will make it impossible to open the drawer.

Honestly, don’t skimp if you don’t have to. Extension cords are a dangerous trip and cut hazards, and are just generally a pain in the ass. They often don’t have the capacity for higher-powered devices, either. But if you’re renting and can’t modify your space, you gotta do what you gotta do. Well-placed power strips can help, but again, be mindful of capacity.

If you can’t afford (or aren’t allowed) to liberally sprinkle your space with lighting fixtures, you’re going to want to focus on task lighting: one light that is bright, positionable, and portable. Again, used is a great way to go: going-out-of-business companies will often have long fixtures, and a draftsman’s table light is an excellent mounted task light for your bench. But skimping out on a good task light is one of those false economies: you’ll waste more time squinting and feeling and not knowing what the hell is going on than it’s worth. 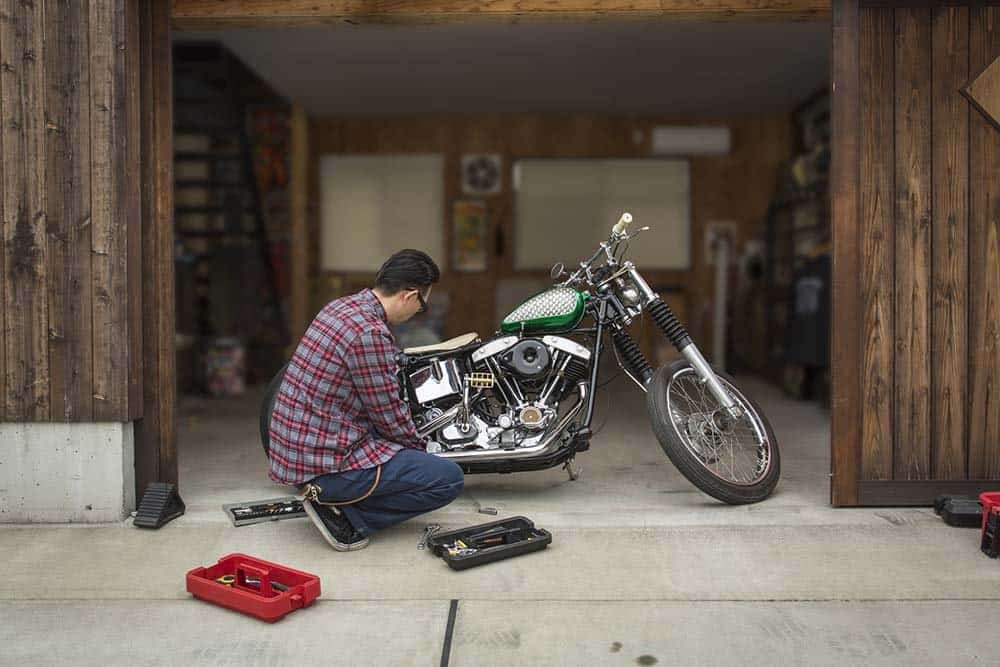 Don’t be a wimp, I guess. There are a lot of nice used forced-air heaters out there from shops that are upgrading theirs, but they’re not always cheap. Still, it’s nice to throw some diesel in a tube and not freeze to death while you’re working. For AC…you’ve got fans, right?

Yeah, I’m with you: can’t afford to coat the floor, sure can’t afford to replace it, don’t have anything to put on it, not allowed to modify it. So go with what’s there, and find cheap ways to clean it. I’m a big fan of putting down garbage cardboard where I can, and drip pans sometimes will catch as much as 2 percent of what you’ve tried to capture with them, but at the end of the day, you’re going to have fluids in your concrete, and you’ll be annoyed. Dollar stores sell cat litter at just unbeatable prices, and as a bonus, you can use the spare bags to weigh down your car, outdoor tarps, wayward children, whatever you need.

Given the choice between expensive new, cheap new, and expensive used, you’re best off buying someone’s used expensive stuff, usually. You buy cheap new, you get a false economy: in the long term, it’ll break way more often than whatever you saved buying it. Check out estate sales: someone who’s 80 has had a lot of time to accumulate tools. Again, you’re better off with a used Lincoln than new Chicago Electric, better off with used Snap-on than new Harbor Freight. But keep an eye on Harbor Freight, ‘cause if cheap new is all you can find, they’re a good option.

You’ve got a smartphone, right? Turn it up. Don’t roll over on it when you’re under the car and remember it probably doesn’t like dust all that much. A ziplock will cover the latter, but there isn’t much (cheap) that you can do about the former.

You’ve got a fan, right?

Garage Workshop on a Budget 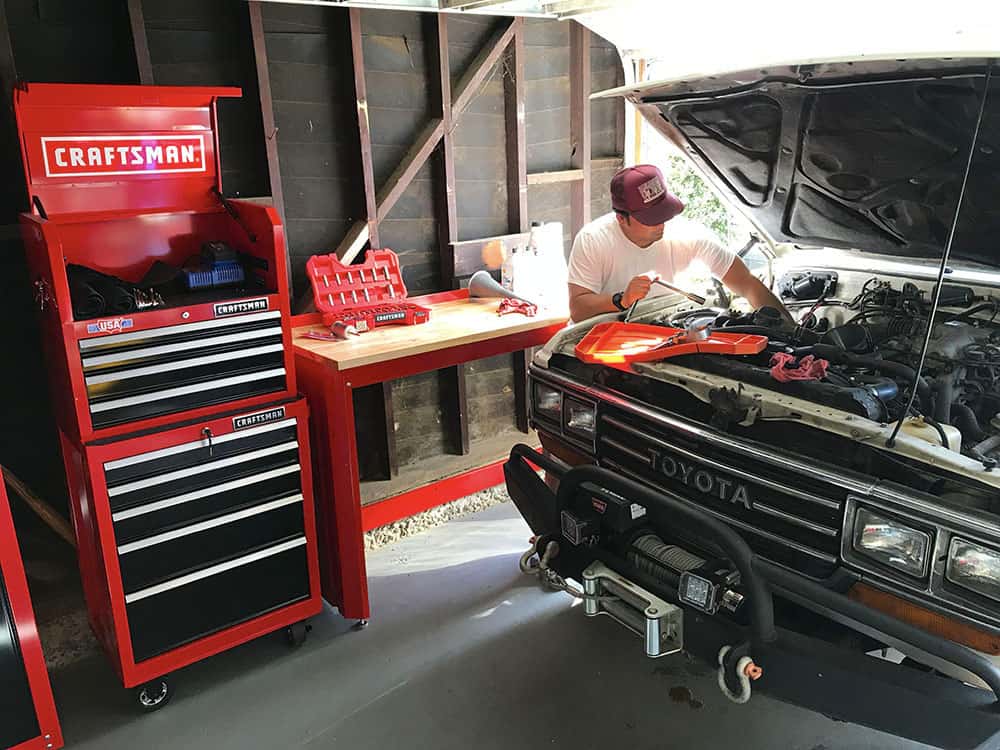 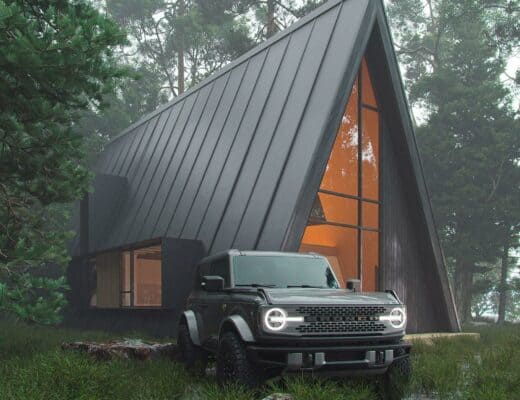 These 3 Modern ADUs Will Make You Swoon 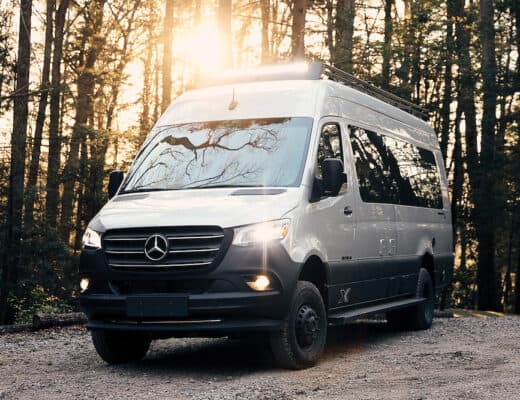