How to Travel With Big Dogs Safely

My friend Nate Day is a father of four and the man behind Someday Adventure and Someday Dad. He is a true outdoorsman, who shares his adventures in camping, hiking, hunting, and fishing, all with his family and dogs in tow.

I first met Nate at a Stihl chainsaw event and we bonded over our love of trucks and off-roading. Nate has a purpose-built Ford F-350 that he designed to handle every adventure he can throw at it and more. I’ve always been impressed with how he manages to travel as a family of 6 plus two large dogs, so after rescuing our shepherd mix, he was the ideal person to ask about how to travel with big dogs.

Nate has a ton of experience traveling with dogs as part of his family and as a former law enforcement officer. Keep reading for Nate’s recommendations for traveling with dogs, which is especially helpful if you’ve got young children.

How to Travel With Big Dogs

My answer is based on traveling as a kid with a dog in the cab and in a truck bed in the ’90s; my own experience as an adult traveling with an 80lb Doberman and 110 German Shepherd both in and out of truck; my experience with K9s as a law enforcement officer; and my current experience now using kennels with a truck for 2 labs as well as having them in the cab.

All my dogs were “good” but strange things happen in vehicles (and beds) as well as when you tighten the space of a dog in a moving vehicle and increase a dog’s “stress”. I am very fond of dogs (I love mine… most of the time) and consider them a part of the family but ultimately I’ve had to learn some lessons AND had to deal with the consequences.

How to Travel With a Big Dog in an SUV

If what you plan on traveling in is your Toyota SUV’s then that’s great. My recommendation is putting the dog in the far back and installing a short leash that lets the dog move but not jump seats. Basically, limit the length to just over the edge of the back seat so the pup can see clearly, stand, sit, and move around a bit in the back without being able to jump over.

You might also want to get her a small pad/shallow bed to lay on as it’s comfortable for the dog on bumpy roads if she wants to lay down or stay asleep AND it will reduce shedding cleanup later. Based on the next two variables, I recommend this vs letting the dog sit in the back seat with the kids.

How to Travel With a Big Dog in a Truck

If you want to have your dog ride in the bed, put in a slide line in the front of the truck bed. That’s a metal cable from the front right to front left tie down that you attach a short leash/tether to. It should only be long enough for the dog to stick it’s head over the side of the bed and NOT long enough for the dog to stand it’s front legs on the side of the bed.

If it’s too long (able to let the dog stand its front paws on the side of the bed) the dog may attempt to jump out (for a squirrel, another dog, your kids when you pick them up at school, etc) and it will essentially hang itself and possibly if on the highway, bounce off your rear spinning tire while it dangles. I’ve had this happen with my doberman (it was not very smart after it got PARVO as a puppy…gave it high fevers and its brain got affected) and I had to stop suddenly and lift him back into the bed. More scary than anything. OR, you can get a Gunner Kennel. Medium should be the perfect size as you don’t want them to have too much free space. Just enough to turn around in.

Your Experience/Comfort Level With Dogs

I am super comfortable with dogs, my training them, as well as my expectations of them. I’ve had dogs my whole life, I’ve professionally worked with dogs (as a cop), and I’ve been bitten by a Police Malinois (2 times in one foot pursuit while chasing a skinhead felony warrant suspect with a gun… yes it was sort of on the a**/hip area, yes it made me bleed and broke the skin, and I laughed about it later).

All that to say, your own experience will play a role in where you might be willing to let the dog go in the vehicle. If you feel you have a good command of your dog and it will listen to you without a lot of resistance, and you are otherwise comfortable with your dog around the kids, then letting it sit in the back with the kids is maybe a good option.

I still recommend she be on a pad or something like a designated folded towel or old blanket as dogs like to know they have their own place and it’s good to have a place for them to know they SHOULD go when told to. However, and it’s no slight to you, if you struggle with control/command, I would keep it in the back as I mentioned above. You have to plan for a chaotic scenario first and a moving or roaming dog in a cab in traffic or while frustrated on a trip…and in traffic, can be just as bad or worse than texting and driving as they could surprise you, distract you, land in your lap, increase stress with the kids and on and on. Also, imagine getting drive-through on a long trip and the dog wanting to try to take food from your young kids…stress, annoying, messy, bad habits with kids.

**Side note – If this is your first dog, I recommend never letting the dogs sit near (like close to) the kids while they eat. Kid’s have a hard time enforcing rules as well as securing/demanding their own space and a dog that thinks it can push into the space of one of your kids, specifically looking to ask for or sneak a bit of their food, is not only learning bad habits but could lead to a really REALLY bad interaction.

I learned this one the really really hard way with my GS traveling near Albuquerque New Mexico on a LONG road trip. It boiled down to my 4 year old wanting to hug the dog, the dog bit him in the face and throat and eye (just below) and I no longer have that dog anymore (my favorite dog in all my life).

I learned that a dog, that is nice 99.9999% of the time but has a poor understanding of its place vs the kids (the kids must be seen as above the dog to the dog…absolutely dominant) will react, when stressed, to making space for itself (he felt stressed from the trip and encroached on). He wasn’t “trying” to hurt my son but in a dog’s mind and world he was basically shoving him away and telling him that he wanted space and thought he could make it for himself (it happened as fast as you can clap twice as it was snap biting).

I spent an entire night in the ER while doctors sewed up his lower eyelid, cheek, and neck for that mistake and it still makes me feel horrible. Again, my dog wasn’t “unpredictable”… I hadn’t seen the signs and failed to keep my son (who absolutely loved my dog) away from him in that situation. Really sucked and could have been worse.

Your Kids Experience/comfort Level With Dogs

This is pretty simple after what I mentioned above. You have a “shepherd” breed dog and should know what makes those dogs tick. They almost all come from the same breed patterns and exhibit similar tendencies. If your kids are good at commanding and controlling the dog and the dog is receptive, then go for it. If they struggle, don’t put the stress on them or the dog and just keep it simple by keeping the dog in her own space until the kids are older.

This really just has to do with stress considerations and potty breaks. If the dog has a nice place to stay, longer trips are easier. A dog is fine in a car without a break for about 4 hours. Even then, the break doesn’t need to be a huge thing.

Let them pee and poop, give them some water if they want it, stretch their legs, and back in the car. 5 minutes tops if you’re on a haul. Our K9s did about the same during a working shift. They knew it was work time in the car and dogs are good about that so they just maintain. At the end of the trip give them plenty of playtime, attention, and a walk.

Dog’s Level of Training (by you)

This goes back to how well you can command the dog to stay where it’s supposed to in the car and when not to do something (like when people are eating in a car…side note, the smell of food is stronger in a boxed up car). A dog that is struggling with commands you might want to keep in the back until they pick it up.

When you are traveling, you are going to need to stop and do a number of things where you might have to consider leaving the dog in the car.

State parks and National Parks have strict rules, especially in some areas. If you travel and want to stop into a restaurant or special site or store, you’re going to want to know what to do with the dog. Consider giving the dog a “break” after driving for a while (an hour or more) and let them go to the bathroom.

Don’t feed the dog until the end of the day or you might have to deal with diarrhea (bouncing car + dog = stressed stomach… you won’t see it coming until it hits the seats or windows lol) so water only.

Figure out if your dog is a chewer or barker when you leave. If you’ve seen the car scene in Turner and Hooch, then you know what I mean about the chewing. This is due to stress of you leaving and sometimes boredom. As far as barking, a dog left alone in the car might get stressed out by people/strangers passing by. You might want to consider this if this is an issue. A solution to that is a kennel with blinders. It helps keep them calm and happy. This may be a consideration when staying overnight at a hotel as well.

I like having a kennel available as it solves a lot of issues both for the dogs sanity, kids, safety, and dogs safety. Also, I’ve found some hotels are more cooperative when you can keep them in a kennel in the room. But, if you don’t like that idea, just consider the options and notes I gave you above.

Oh, and vaccinate your dog from PARVO. 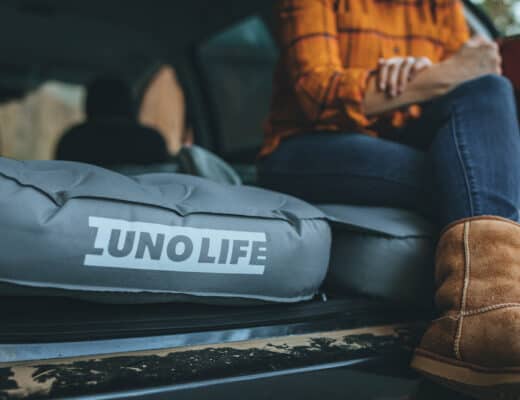 Indulge Your #VanLife Dreams with a Luno air Mattress 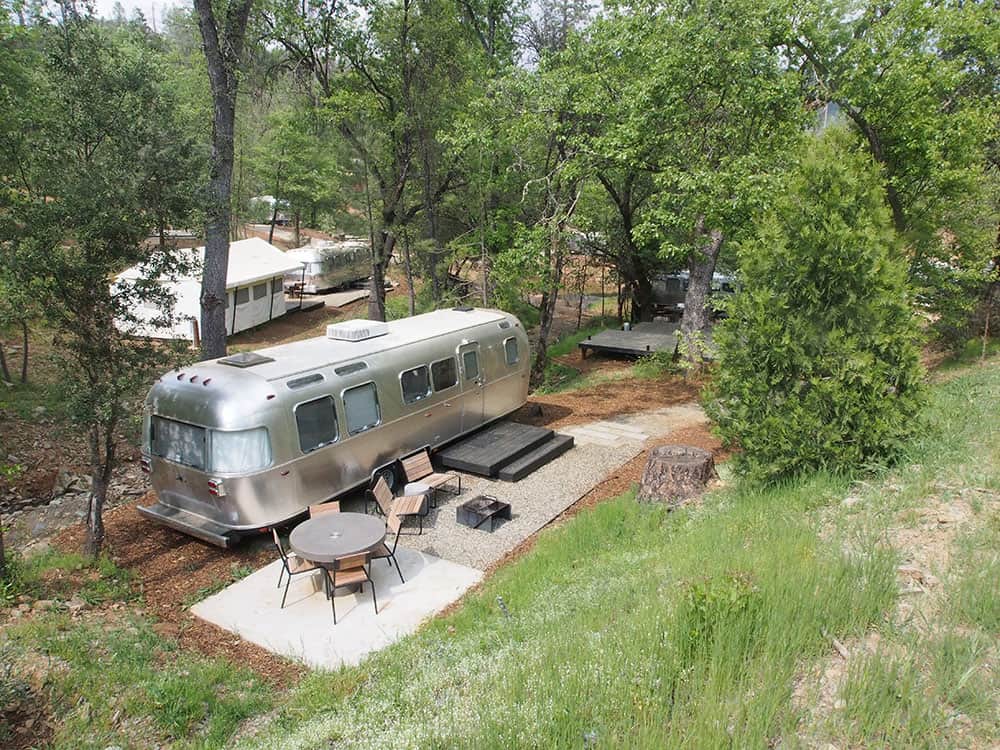 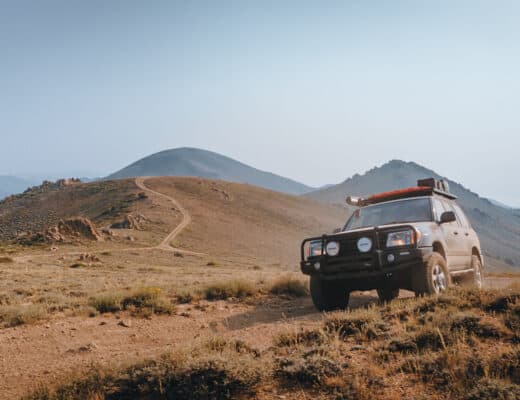 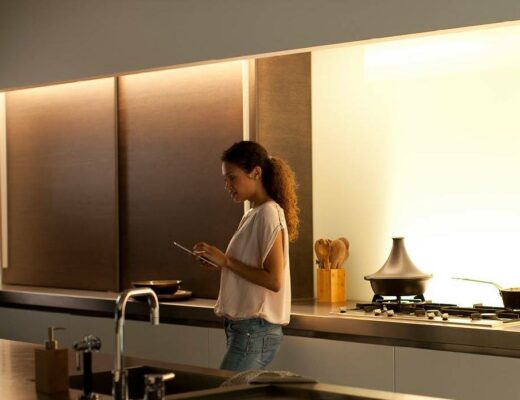 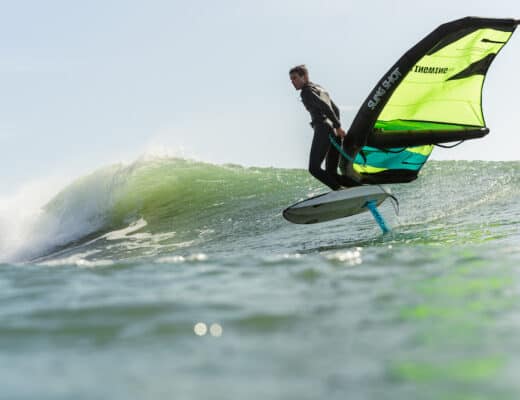 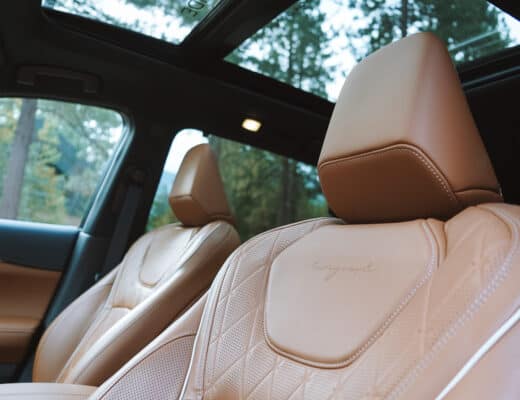 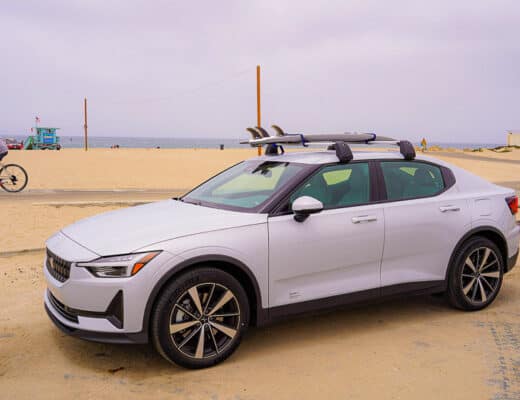 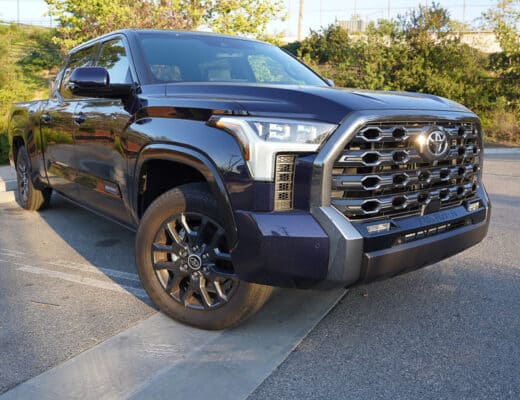