Build a Wooden Trellis for Cheap and Save That Vine 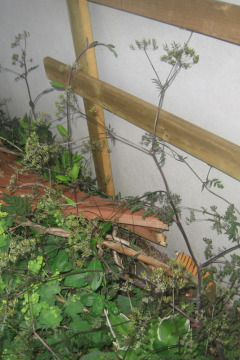 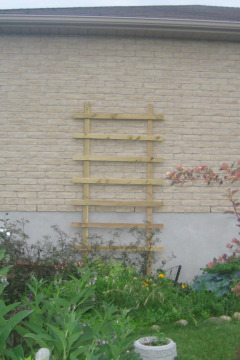 It was a dark and stormy night… Oh wait, no it wasn’t. It was darkish. And overcast. And really stormy. But it was the middle of the day.
And it was the last day to enjoy my mature honeysuckle vine standing strong on a faithful fan trellis.
After almost a decade in my garden, the gale force winds finally took that trellis down. And the honeysuckle went with it. Now I had an established, mature and much loved vine laying across my perennial beds. Um, still attached to the top half of my trellis.

Trouble in paradise.
Shopping for a trellis to fit an already established plant is difficult. Everything was either too small or too thin or too light. Did I mention everything was really, really expensive too?
So I turned to my handy husband and we hit up a local lumber yard. With about 20 feet of slightly cracked 5/4×6 deck board in short pieces and a handful of screws, this project was a-go.
This time we weren’t taking any chances. Instead of thin strapping to hold up the vine, my hubby ripped the deck board down into strips about 2 1/2″ thick. Those babies could take another decade of wind storms, no problem.
After some persuasion, I convinced my man to screw the trellis directly into the house using tapcons. With the vertical pieces sunk into the ground about 12″ on one end and hanging onto the bricks for dear life on the other, my honeysuckle was well on its way to a safe home.
Horizontal cross pieces in the same thickness were screwed in 12″ apart and the whole thing worked out to be about 6 feet tall.
So instead of spending over $50 at the garden center for something much weaker, we spend about 15 bucks and a few hours of our own labor and ended up with a sturdy, practical trellis.
Maybe it doesn’t have the curly decorations those store-bought brands had. But this trellis will be completely covered by a majestic honeysuckle vine for years and ain’t coming down, no matter the weather.
That’s what I call a good value. 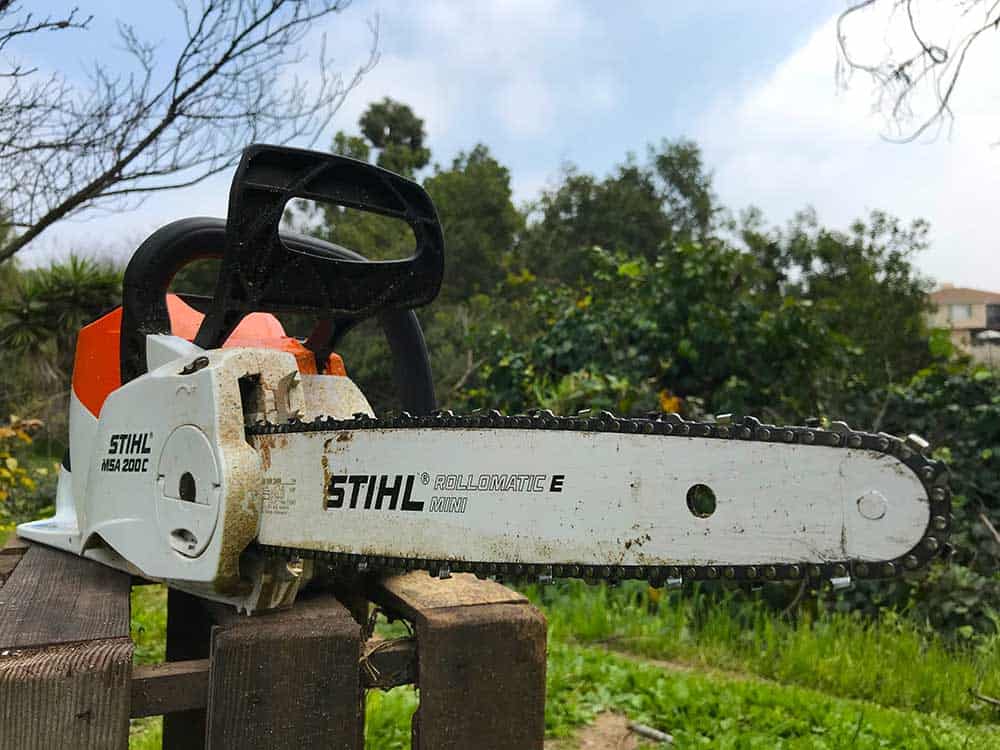 Welcome to the Jungle

Create Your Own Fertilizer With Weeds

Pet Peek Fence Portal: A Window for Your Dog